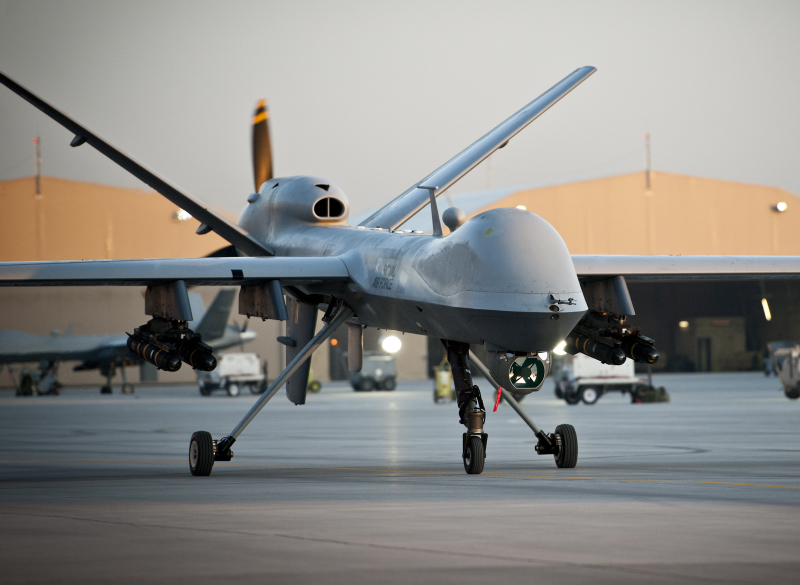 During the recent 2+2 Ministerial dialog between India and the US, the US reportedly pressured India into buying MQ-9B drones but India declined, denying President Donald Trump a foreign policy success that could have boosted his reelection chances. The deal would have secured US jobs (The USAF has lost interest in the Reaper, a weapon system honed for anti-terrorist operations, with its focus on the perceived combined threat from China and Russia) and reiterated Trump's tough anti-China posture.

Multiple current officials speaking on the condition of anonymity told the US News that the Reaper sale was at the top of the agenda for Secretary of State Mike Pompeo and Secretary of Defense Mark Esper. India apparently signed the the Basic Exchange and Cooperation Agreement (BECA) for Geo-Spatial Cooperation on October 27, 2020, an agreement that would have facilitated MQ-9B sales, but declined to purchase the MQ-9B.

It's likely that India declined the MQ-9 offer because of high per unit cost - roughly $100 million each factoring in infrastructure costs - and the drone's limited utility in the context of the current India - China stand-off in Ladakh.

The total cost of procuring 30 MQ-9 drones from the US was projected at $6 billion which likely includes weapons and logistics support.

While, US officials believe that the armed drone would perform a critical role in better preparing the Indian army for the threat it faces from the PLA and its fleet of drones, it's likely that the Indian armed forces, with limited financial resources at their disposal, don't agree.

The ET on July 25, 2020 did report that the services were contemplating "an emergency procurement" of six Predator-B drones, 2 each for the 3 services, from the US in the context of the ongoing confrontation with China along the LAC. However, in July 2019, the HT had reported that the services were rethinking the drone procurement following the Iranian take-down of a US Global Hawk on June 20, 2019 using its S-300 AD system. The IAF had reportedly internally raised questions about an armed drone surviving in a contested air space like over Pakistan-Occupied Kashmir (POK) or along the Line of Actual Control (LAC) with both potential adversaries equipped with top of the line surface-to-air missile (SAM) systems.

The very expensive MQ-9, which operates from medium altitude, would be an easy target for PLA's AD systems comprising S-300 and S-400 systems. Additionally, the PLA has HQ-16 (Buk) air medium-range and HQ-9 long-range ADS currently in service.

Some sources told the US News that India may eventually buy the drones as part of a larger and more comprehensive arms package at some point in the future and that probably would be the best option for India.