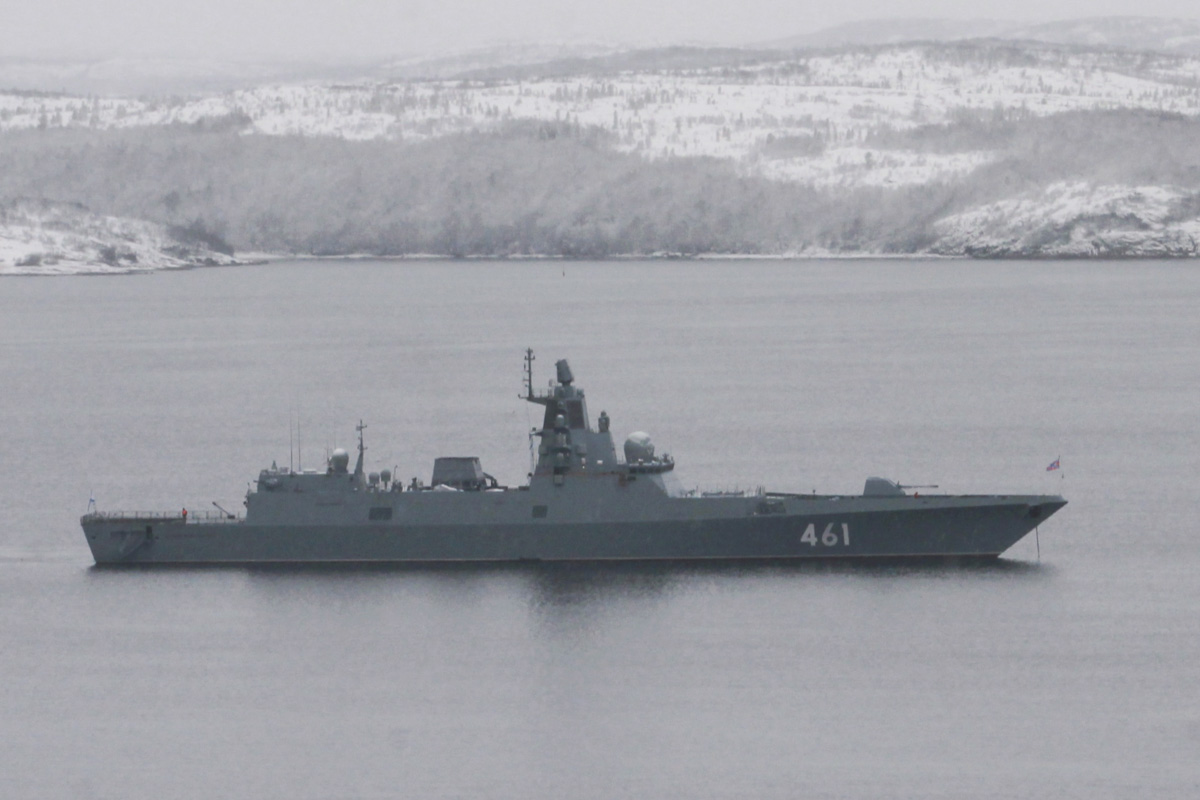 On October 28, 2020, the RuMoD in a press release announced that the second P-22350M frigate of the Northern Fleet "Admiral of the Fleet Kasatonov" fired a newly developed anti-submarine missile at the training grounds of the fleet in the Barents Sea.

"The shooting was carried out as part of the qualification serial tests of the product and was recognized as successful. One of the nuclear submarines of the Northern Fleet was involved in its support, which monitored the torpedo that had separated from the rocket in the underwater environment. Also, the frigate's rocket fire was provided by the crews of the Il-38 anti-submarine aircraft, the Ka-27 helicopter and the torpedo boat of the Kola flotilla of diverse forces.

The wording of the press release suggests that the frigate may have successfully tested a shipborne missile launched variant of its vaunted air launched rocket propelled APR-3E torpedo, possibly designated APR-3M

The APR-3M is the latest variant of the APR-3 torpedo.
In May, 2019, the Research and Production Enterprise ‘Region’ (part of Tactical Missiles Corporation) launched serial production of the torpedo.
Enterprise CEO Igor Krylov told TASS, "All the trials of the APR-3M missile have been completed, the process of its serial production has been organized and its deliveries to the Russian Defense Ministry are underway. In the near future, we will also start promoting this missile for exports. The APR-3M is integrated into the armament of a Ka-27M modernized anti-submarine warfare helicopter."

The APR-3E anti-submarine warfare torpedo is a follow-up of the APR-1, APR-2 and APR-3 missiles that were in service with the Soviet and Russian Navies. These munitions are among the world’s most effective anti-submarine warfare weapons.
The APR-3E is a rocket propelled light ASW acoustic homing torpedo with waterjet propulsion. It was developed by Russian Tactical Missiles Corporation JSC to engage current and future submarines at depth from the surface down to 800 meters at speed of up to 43+ knots, and it is a replacement for earlier APR-2 light antisubmarine acoustic homing torpedo.
The APR-3E variant of the torpedo is designed to be carried by fixed wing and rotary wing platforms including Tu-142, Il-38, Ka-28 and other aircraft. The torpedo requires at least 100 metres depth of water for the initial air-drop and can be deployed in conditions up to sea state 6.
Upon entering the water, the control surfaces of the torpedo enable the torpedo to travel in a spiral path with the help of gravity without starting the engine. During this stage, the acoustic seeker of the torpedo searches for targets. Once the target is identified, the engine starts and solid propellant rocket engine ensures the target has virtually very little or no time to react, thus increasing the kill probability.

The DRDO recently successfully flight tested the Supersonic Missile Assisted Release of Torpedo (SMART) from Wheeler Island off the coast of Odisha.
The DRDO's SMART missile is conceptually similar to the weapon tested by Russia. However, the Russian missile is likely to be much more lethal if it delivers the rocket propelled APR-3E torpedo. Currently, DRDO's SMART delivers the indigenously developed battery powered TAL light torpedo with a max speed of 33 kn
Posted by Vijainder K Thakur at 3:26 PM