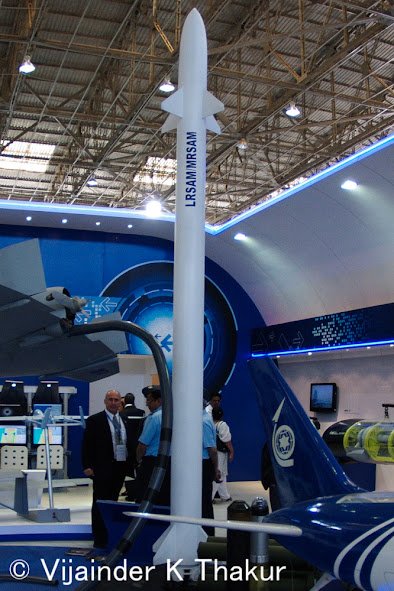 INS  Vikramaditya is undergoing minor ‘refit’ at its home base, Karwar, south of Goa. The refit would equip the ship with Barak-1 missile and 4 Russian origin but made in India Kashtan AK-630 Close-In Warfare System (CIWS). [via TOI, Tribune India]

The Barak-1 missile system is being stripped away from the frigate INS Godavari which is due to be decommissioned. Godavari is 32-year old and got its Barak-1 CIWS 10 years back.

For the PDMS, the option was between LR-SAM and Russian Shtil missiles. Now that the LR-SAM has been successfully developed, it will the natural choice.

The Shtil system is the naval variant of Buk missile system that reportedly downed Malaysia Airlines flight MH17 over eastern Ukraine in 2014. It's currently fitted on IN Delhi-class destroyers and Talwar-class frigates.

Installing LR-SAM would entail some cutting through the deck, which would require four to nine months.

INS Vikramaditya would carry up to 32 or 48 LR-SAMs.

Posted by Vijainder K Thakur at 6:56 PM No comments:

Indian Defense Minister Manohar Parrikar briefed the press on the Rafale deal on April 13, 2015. During the course of his brief and a subsequent interview with NDTV, Parrikar revealed the following important details about Rafale's performance.


Rafale's integrated defensive-aids system named SPECTRA, developed as a joint venture between Thales and MBDA, protects the aircraft against airborne and ground threats. It features several methods of detection, jamming, and decoying and can be quickly reprogrammed to address new threats and incorporate additional sub-systems in the future.