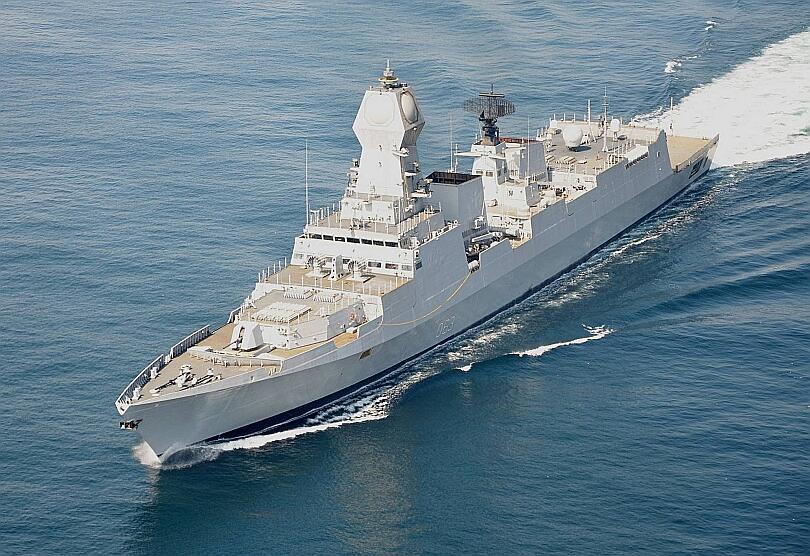 The Indian Navy has sent out a RFI for an Anti Missile Decoy system that would give warships 360-deg in azimuth protection against anti-shipping missiles.

The decoy should be capable of being deployed in the following modes:

Besides other details, vendors have been asked to specify the 'Bloom Time' of the system and the probability of success.

Bloom Time or activation time is the time between launch of the decoy from operating platform and activation of decoy at the designated position post launch.

(a) Accepting requisite input data both manually (fed by operator) and automatically (based on data being provided from ship sensors in a standard format).
(b) Computing mission parameters for accurate deployment of decoy(s).

DRDO developed Kavach is a ship based decoy system deployed on several Navy ships to counter radar guided antii-shipping missiles by dispensing chaff using rockets, but compared to the system being sought the protection provided by Kavach is very limited in scope.

The 'Kavach' system releases chaff made of silver coated glass fiber. Suspended in the air. The radar reflecting chaff presents an incoming guided threat an alternative target with stronger radar signature than the ship, confusing the missile and causing it veer off the target towards the chaff.

The chaff dispensing rockets used by the Kavach system are made at Ammunition Factory Khadki (AFK).


The Financial Express reported on September 20, 2014 that GoI is likely to scrap the currently underway procurement of 16 NMRH and requests fresh proposals under "Buy and Make in India" category of defense procurement. The Indian Navy plans to eventually acquire 91 NMRH. (As in September 2014, the Navy had 11 Kamov-28 and 17 Sea King ASW helicopters. The Sea Kings are over 20 years old, the Kamov-28s are due for mid-life upgrade.)

Eighty percent of the cost of development and prototyping under "Buy and Make in India" would be borne by the government, with the developing agency (DA) footing the residual 20%.

Scrapping of the ongoing procurement of 16 NMRH from global vendors would be formally announced after the next meeting of the Defense Acquisition Council (DAC) at the end of this month, official sources told FE.

The change in policy would make HAL's Multi-Role Helicopter project a front runner to meet the Navy's long term requirement.

IDP Sentinel members can view additional details at the links below.

Brahmos is not the only supersonic cruise missile, as is often claimed by the DRDO and local India media. The Chinese YJ-12, also powered by a ramjet engine like the Brahmos, can fly at speeds greater than Mach 4 and has a max range of 400-km! The YJ-12 can be launched from Chinese Su-30MKK aircraft.

The missile is armed with a newly designed 205 kg warhead, compared to the 200-kg warhead of the Brahmos missile. (Brahmos-A, the air launched variant of the missile, is reported to have a 300-kg warhead)

YJ-12 AShM can be armed with a radar seeker, an imaging infrared seeker, or a television seeker,


The Indian Navy is equipping its six Scorpene (Project 75) subs for special operations and network centric operations. The boats will be networked with the rest of the fleet using Ku and S band SATCOM systems.

The boats will feature a Communication Intelligence System with Direction Finding Capability (COMINT/DF) which will enhance situation awareness by displaying the DOA (Direction of Arrival) of the intercepts and other data on MFCCs of Combat System of submarine.

The COMINT/DF fitted on the Scorpenes would also uplink DOA data using a S-Band Satellite Communication System (SATCOM) to the Indian Navy's Rukmini GSAT, so as to provide other fleet ships real-time data on communication intercepts.

The Combat System from Project-75 subs is being supplied by M/s DCNS, France.

IDP Sentinel members can read more about the Indian Navy's Project-75 subs at the link below.

The Ku-Band SATCOM system is required to be compatible with Indian Navy SATCOM network operating in Ku-Band using ISRO developed Rukmini Geostationary Communication Satellite (GSAT) dedicated for use by the Indian Navy. The Navy wants the SATCOM terminal to be capable of voice and high speed data at a minimum speed of 256 kbps.

The Ku band SATCOM should also be capable of interfacing with the Combat System supplied by M/s DCNS, France installed onboard Project 75 submarines.

IDP Sentinel members can browse through other recent Navy RFIs at the link below.