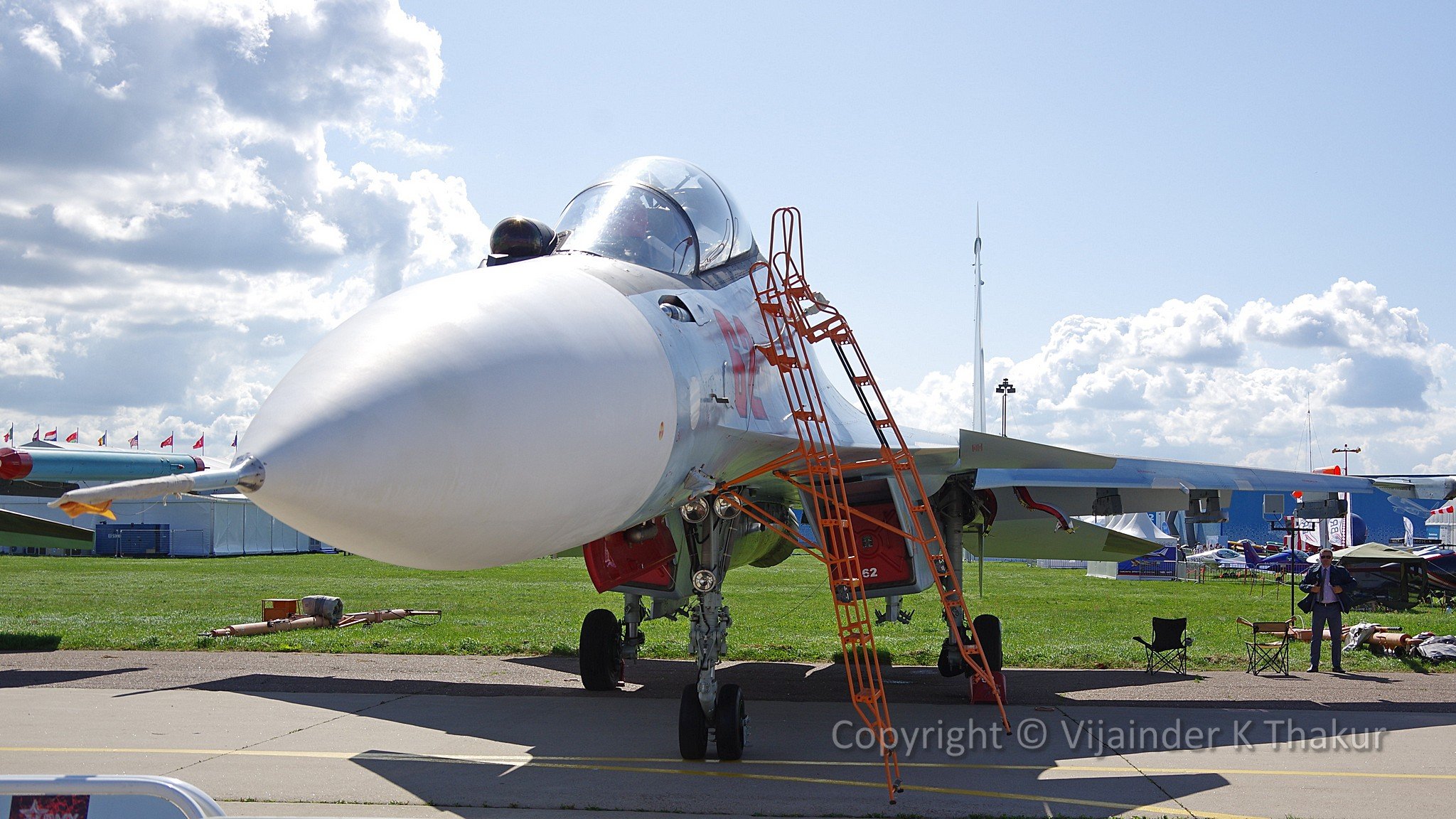 The Sukhoi Experimental Design Bureau in partnership with Irkut Corporation is developing a new modernized version of the Sukhoi Su-30SM Flanker-H that features upgraded engine, improved Radar and avionics and modern weapons. Designated as the Su-30SM2 (Earlier referred to as Su-30SMD), the aircraft leverages the operational lessons that Russia has learned during its operations over Syria. It is powered by the AL-41F-C1 engine.

The Su-30SM2 is an attempt to converge to the maximum extent possible the Su-30 family with the Su-35 series to minimize logistics and maintenance overheads.

Besides a new more powerful (AL-41F-S1) engine, the new Su-30SM2 variant will feature improved radar (IRBIS N035), avionics and OLS. In addition, it will be able to carry new air-to-air and air-to-ground weapons developed for the Su-57 fighter.

Since 2015, development work has been underway to increase combat capabilities and import substitution of foreign components on the base Su-30SM, under a project designated "Adaptation-Su".

Initially, the scope of the upgrade was restricted to making the aircraft compatible with newly developed weapons by fitting an improved avionics suite. The limited scope upgrade was designated Su-30SM1. In 2018, the Russian President Vladimir Putin sought maximum possible convergence of the Su-30SM and Su-35S platforms. Consequently, it was decided to power the upgrade with AL-41F-1S engines and replace the Bars radar with the much more powerful Irbis radar. The upgrade was named Su-30SM2. 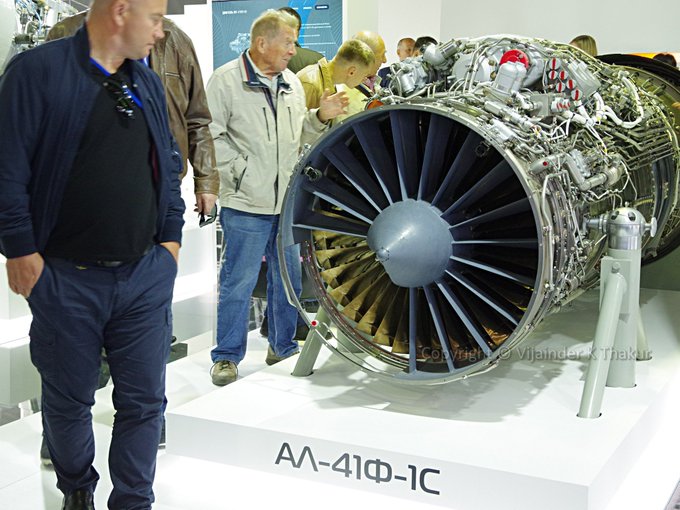 The AL-41F-1S ( product 117S ) engine was developed by the Lyulka Design Bureau (part of the United Engine Corporation, UEC ). It is a twin-shaft variable bypass turbofan engine of modular design with thrust vector control and a digital integrated regulator. The engine powers the Su-35S platform.

Improved engine performance (lower SFC, higher thrust) is achieved through the use of a new low-pressure compressor with increased air flow and efficiency, as well as a new turbine with a more efficient blade cooling system.

Compared with the Su-30SM's AL-31FP engine, the product 117S engine features 16% increase in max thrust (14,500 kgf) and twice the service life (4000 hrs) while retaining the same weight and dimensions.

Work on the integration the Product 117S with the Su-30SM2 was jointly carried out by the Sukhoi company, the Irkut aircraft building corporation and the UEC-UMPO engine building association.

According to the developer, the new engine will not only increase the vehicle's capabilities in battle. The unification will simplify and reduce the cost of servicing the entire large fleet of aircraft and extend the service life of the Su-30SM already purchased by Russia and its allies.

The Su-30SMD will feature the same IRBIS - N035 radar that is currently fitted on the Su-35.

Designed by the Tikhomirov Scientific Research Institute (NIIP) in Zhukovsky, the Irbis-E is a direct evolution of the BARS design, but significantly more powerful. While the hybrid phased array antenna is retained, the noise figure is slightly worse at 3.5 dB, but the receiver has four rather than three discrete channels. The biggest change is in the EGSP-27 transmitter, where the single 7-kilowatt peak power rated Chelnok TWT is replaced with a pair of 10-kilowatt peak power rated Chelnok tubes, ganged to provide a total peak power rating of 20 kilowatts. The radar is cited at an average power rating of 5 kilowatts, with 2 kilowatts CW rating for illumination. NIIP claim twice the bandwidth and improved frequency agility over the BARS, and better ECCM capability. The Irbis-E has new Solo-35.01 digital signal processor hardware and Solo-35.02 data processor, but retains receiver hardware, the master oscillator and exciter of the BARS.

The Su-30SMD would be able use the entire spectrum of modern and under development high-precision air-to-air and air-to-surface weapons including KAB-250 glide bombs as well as X-59MK2 air-to-surface missiles.

During a visit to the Irkutsk Aviation Plant in August 2020, Defense Minister Sergei Shoigu said that by the end of the year RuMoD plans to sign a contract for the construction of 21 Su-30SM2 fighters and 25 Yak-130 trainer aircraft. The total cost of the order will be more than RUB 100 billion.

On September 8, 2020, Izvestia reported that the Su-30SM fitted with a Product 117S engine would fly by the end of the year.

Approval has been received for the first flight of the Su-30SM2 prototype with the AL-41F-1C engine "product 117S", sources in the Ministry of Defense and the military-industrial complex told Izvestia. According to the approved work schedule, which was reviewed by the publication, at the present time aircraft manufacturers have signed a contract to check the readiness of the newest aircraft for the first flight. The Super-Sukhoi is expected to take off before the end of the year.

It was earlier reported that Test flights of the Su-30SMD with the new engine should take place in 2020. The Russian military's official website announced in August 2019 that the first batch of Su-30MSD fighters equipped with the AL-41F-1C engines would be inducted in 2021. Eventually, the entire VKS Su-30SM fleet would be upgraded to Su-30SMD standard.