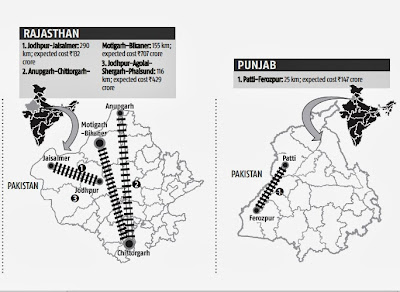 Some of these lines were planned a hundred years ago. Projects are stalled by lack of funds and the absence of a cost-sharing agreement between the various ministries involved.
Reference: Strategic Rail Projects
Posted by Vijainder K Thakur at 11:44 AM